What Is Complex Regional Pain Syndrome? 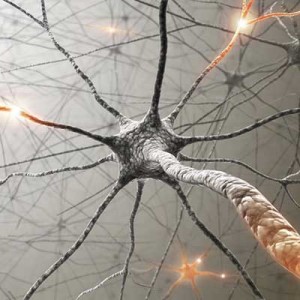 The first thing to say is that, from what my clients have told me over many years of handling CRPS cases, the symptoms can vary enormously from one person to another.

Some people suffer very badly to such an extent that it causes intense continuous pain; extreme fatigue; loss of mobility; and depression. Others people might be luckier, but CRPS can still have a significant impact upon their daily lives.

In simple terms, Complex Regional Pain Syndrome arises when the body produces an abnormal response to an injury.

The injury itself may have been fairly modest but the body’s reaction goes in to over-drive. CRPS can also occur following what might otherwise have been a routine medical procedure such as some form of surgery or other invasive, but necessary, treatment. This situation can be particularly distressing. The patient goes in to hospital for what they think is some fairly safe and routine treatment. The treatment itself is a complete success, but the patient comes away with a much worse condition than they started with i.e. CRPS.

A few years ago, Complex Regional Pain Syndrome was often referred to as Reflex Sympathetic Dystrophy, Causalgia, or Sudeck’s Atrophy. They were all chronic pain conditions.

According to the International Association for the Study of Pain (IASP), a victim of CRPS is likely to have the following symptoms:

Broadly speaking, the Budapest Criteria says that all of the following symptoms must be present in order to make a diagnosis of CRPS:

CPRS is usually divided in to 2 types. Type 1 is more common and does not involve damage (lesion) to a major nerve. Type 2 arises when there is evidence of some major nerve damage. Whether the CRPS is type 1 or type 2, it doesn’t make much difference to the overall approach to treatment.

CRPS usually affects one limb, but it can spread to other limbs.

The patient’s level of pain is nearly always the main cause for concern. It is usually associated with limb dysfunction and psychological symptoms. It is not the least bit surprising that continuing pain and physical difficulties can quickly lead to emotional distress.

"I would like to thank you for everything you have done for me and Sharon. Your support and guidance has been outstanding and I feel that I owe you so much. Thank you just doesn't seem enough!"
Mick
Page load link