Peter has successfully represented numerous clients who have gone on to develop CRPS after surgery.

We already know that CRPS is a very unpleasant and potentially life-changing condition. It can be caused by a fairly minor injury or trauma to the body.

Can it also be caused by negligent medical treatment?

Some Points to Consider

Patients are entitled to compensation if certain procedures are not followed.

Have you been diagnosed with CRPS after an operation or other medical procedure?

This page attempts to explain some of the situations when CRPS might have been caused by below standard medical treatment. If that is the case, then you are very likely to have grounds to bring a claim for compensation for medical negligence.

At this stage, it is important to emphasise that it is no longer the case that all doctors, surgeons, and other medics will cover up for each other with the effect of making it almost impossible for the badly treated patient to win. That might have been the situation a few years ago, but not anymore.

Like most trades and professions, there are good doctors, bad doctors, and some in between. The good doctors want to preserve their professional reputation. We have been working with a panel of such people for many years, and they have no hesitation in helping the fight against medical negligence. 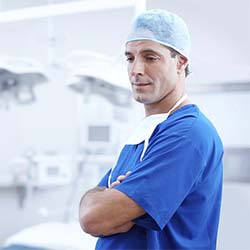 Although it can be a little bit dry, it helps to have a basic understanding of the law of medical negligence. In fact in more recent years, it has become known as clinical negligence, but it all means the same. Medical negligence is still the term that most patients use.

The law governing this area has been put together over a number of years through what is sometimes known as “Judge made” law.

In other words, the courts and judges have developed a series of legal tests as a result deciding the outcome of lots of different medical negligence cases over the years. The higher the court, the greater the influence on other compensation claims. 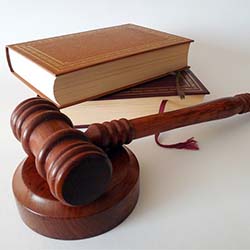 What Did the Courts Think at First?

The most important decision of all was made as long ago as 1957. This is known as the Bolam test. It gets its name from the case of Bolam –v- Friern Hospital Management Committee.

The court decided that if a medical person acts in a way that a “responsible body of medical opinion” might also have done, then that person will not be negligent. Unfortunately, this created an escape route for quite a few medical people. All they had to do to escape liability (i.e. legal responsibility for what went wrong) was to show that the course of action they had taken – or in some cases had failed to take – had some degree of support amongst their colleagues. This is probably one of the main reasons why the general perception was that all medical people stuck together. 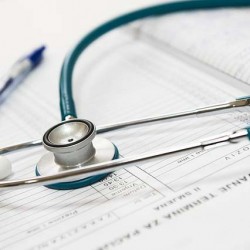 A Step Forward For Victims

Fortunately, the courts and the judges began to realise that the Bolam test could result in some unfair decisions. The law was therefore amended by another important legal case called Bolitho in 1996. The upshot of that case was that the doctors conduct which was alleged to be negligent, also had to withstand “logical analysis”.

The courts decided that it was no longer enough for a doctor to escape liability simply because he could find a number of colleagues to support him. The courts were deliberately giving themselves more power to decide what form of treatment was acceptable, and what was not. Having lots of influential friends wasn’t the “get out of jail card” that it used to be. The tide was slowly but definitely turning in the patients favour. 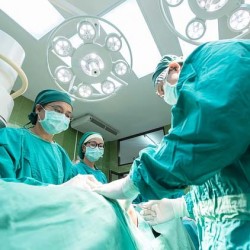 At Last – A Victory For Patients & Common Sense!

There have been lots and lots of legal twists and turns over the years but the basic legal position didn’t changed very much until fairly recently. In 2015 the highest court in the country made another significant decision for the benefit of victims of medical negligence.

The name of the case was Montgomery –v- Lanarkshire Health Board. The court made some far reaching decisions about a doctor’s duty to fully explain to a patient about the range of treatments available, and the risks of each.

The law has now made it very clear that the decision making rests very firmly with the patient and no-one else.

There is more about the effect of the Montgomery case below and how it might benefit a lot of CRPS suffers in situations where the condition has developed after an operation has taken place. Very often, it is not necessary to prove that the surgery itself was mishandled. The key question might be “should surgery have taken place at all?” Surgery is full of risks – including the risk of developing CRPS – and it should be one of the last options to try, but only after other treatments have been attempted and failed. 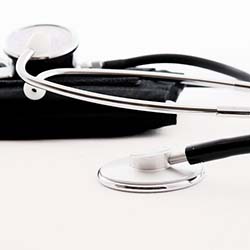